Some time ago, I received an e-mail from a reader who introduced me to what he believed just may be the best in-ear ‘monitors’ ever made.  First off, I had never really considered the term ‘monitors’ for ear buds or in-ear headphones but I can promise you one thing… I will never again use the term ‘buds’ when it comes to the Degauss Labs Twelve Drivers in-ear monitors we are reviewing today.  Their sound is superb, clarity hits a new level, and the quality of this product is no less than pure gold. 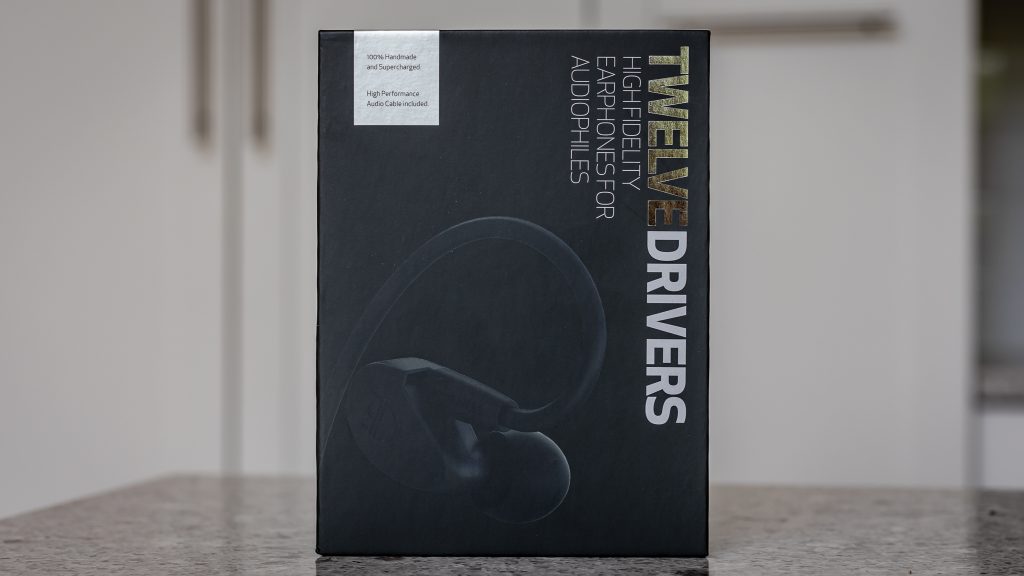 Let’s start by addressing the elephant in the room…twelve drivers.  Yes, that is correct.  Twelve Drivers in-ear monitors are constructed of 12 balanced armature drivers, 6 on each side which can only be described as professional grade.  Unlike dynamic drivers, the balanced armature design is smaller and enables a very compact construction, traditionally not without a hit to sound quality though. 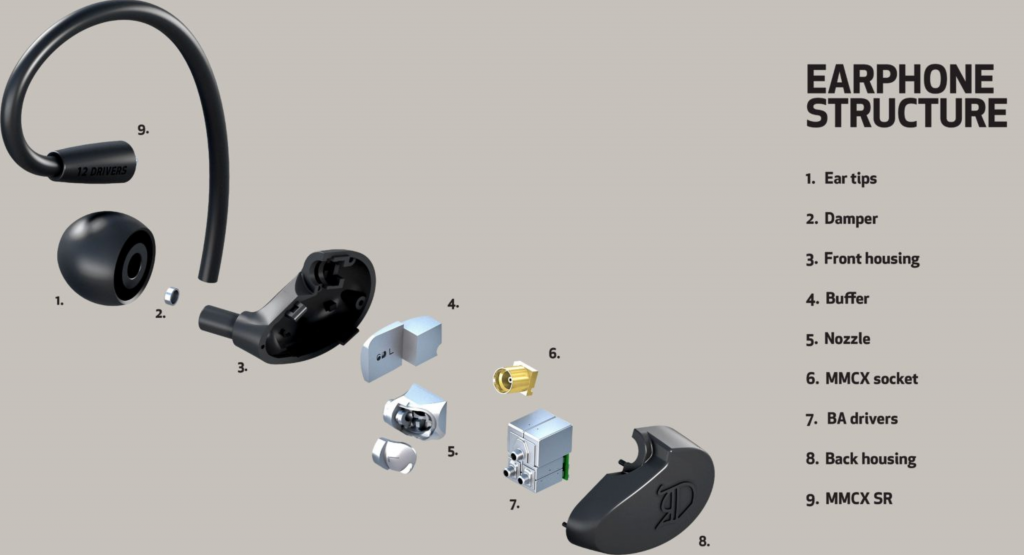 Perhaps the missing element of smaller armature design is such that deep bass couldn’t easily be achieved.  This is where Twelve Drivers is different.  Take a look at #7 in the picture above and then check out this enlarged view below as we explain:

Degauss Labs has dedicated two larger drivers on each side for base, and then tuned two for mid-range and two for the highs.  It works…  Balanced armature drivers are much easier to tune for mids and highs and the sound from these monitors is the best I have ever heard from any in-ear design. 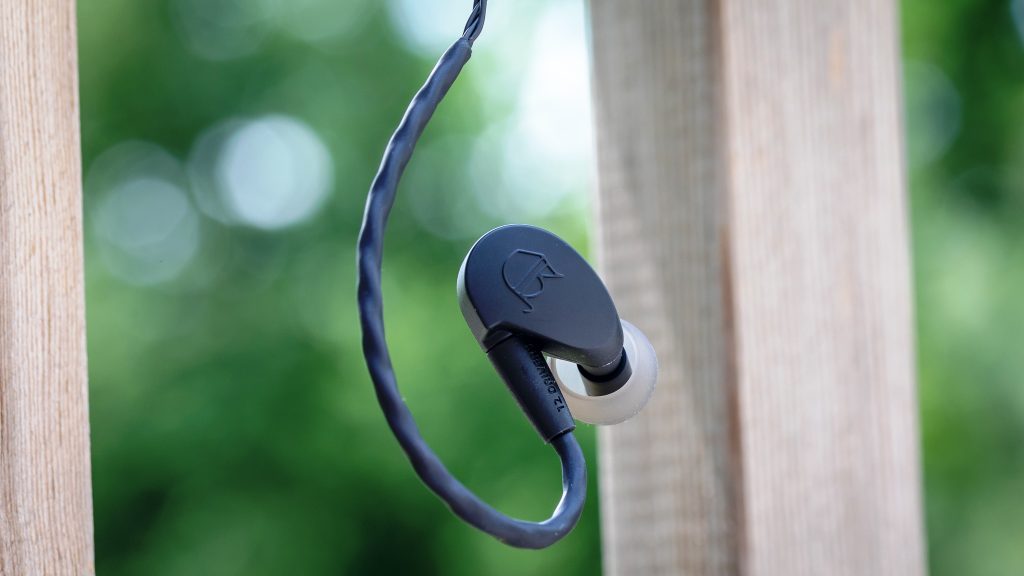 A bit annoying perhaps is the fact that the Twelve Drivers are constructed of a molded plastic exterior; they deserve much better.  They deserve the build quality that are present in my former (former since these came along) go-to in-ear buds, the 1More Quad Drivers, with their anodized alloy aerodynamic design.  Those buds have traveled around the world twice over with me in the past two years and are an amazing ‘armature driver vs dynamic driver’ bass comparison.

Don’t get me wrong.  The build of the Twelve Drivers is no less than premium for the entire package but… well… I would love to have seen these in a metal casing.  Totally unexpected however, was the fact that the Twelve Drivers came with two sets of cables, a premium braided design cable connected to the in-ear monitors by MMCX connectors, as well as another with a microphone, volume and music controls for Android and Apple smartphones. 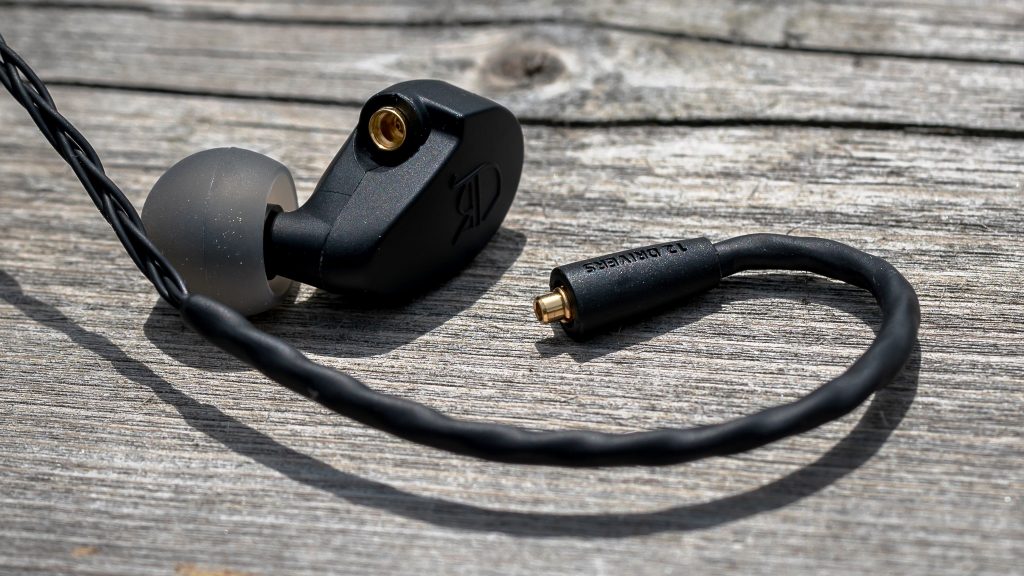 To switch cables, one pulls the first cable straight out and pushes the next straight in.  We are making a point of stating this as twisting or bending to get the cable out might damage the MMCX connection.  It is a bit difficult, then releasing suddenly as it is a perfect fit. Degauss Labs also has two additional cables for Bluetooth and a Lightning cable available for an additional cost.

The Degauss Labs Twelve Driver In-Ear Monitors come in a very well laid out book style casing and the first thing you see on opening the box is the Twelve Drivers with a very attractive 1 .2m premium braided cable formed into somewhat of a heart shape in the foam encasing. 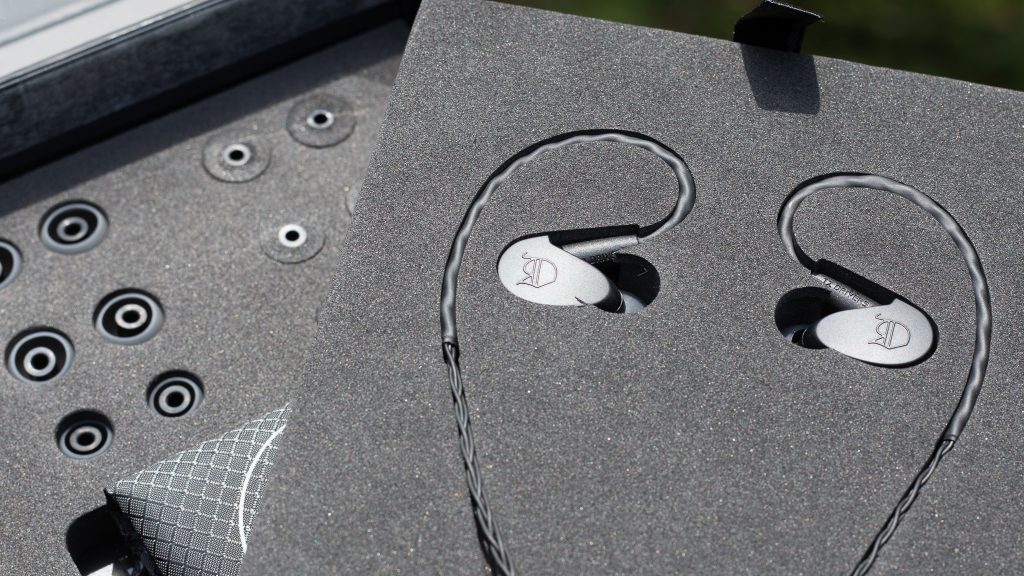 Beneath the headphones one finds an extra set of small, medium and large replacement silicone ear tips, as well as another three sets of memory foam ear tips. 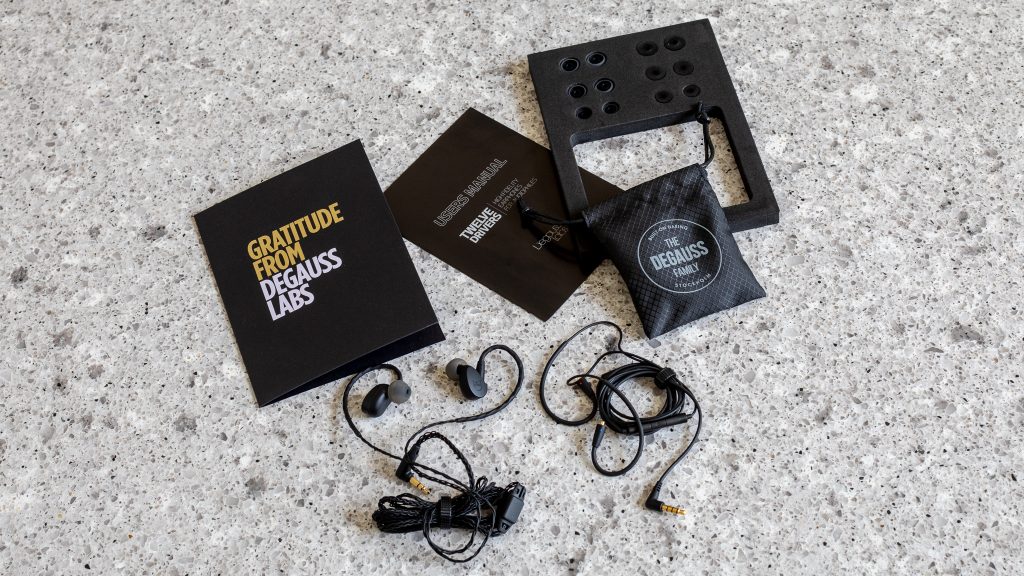 There is also a very attractive canvass bag which contains your 1.2m smartphone cable, as well as a user manual.